For more information, please consult pages 68 and 69 of our novelty catalogue or contact your regular retailer directly. 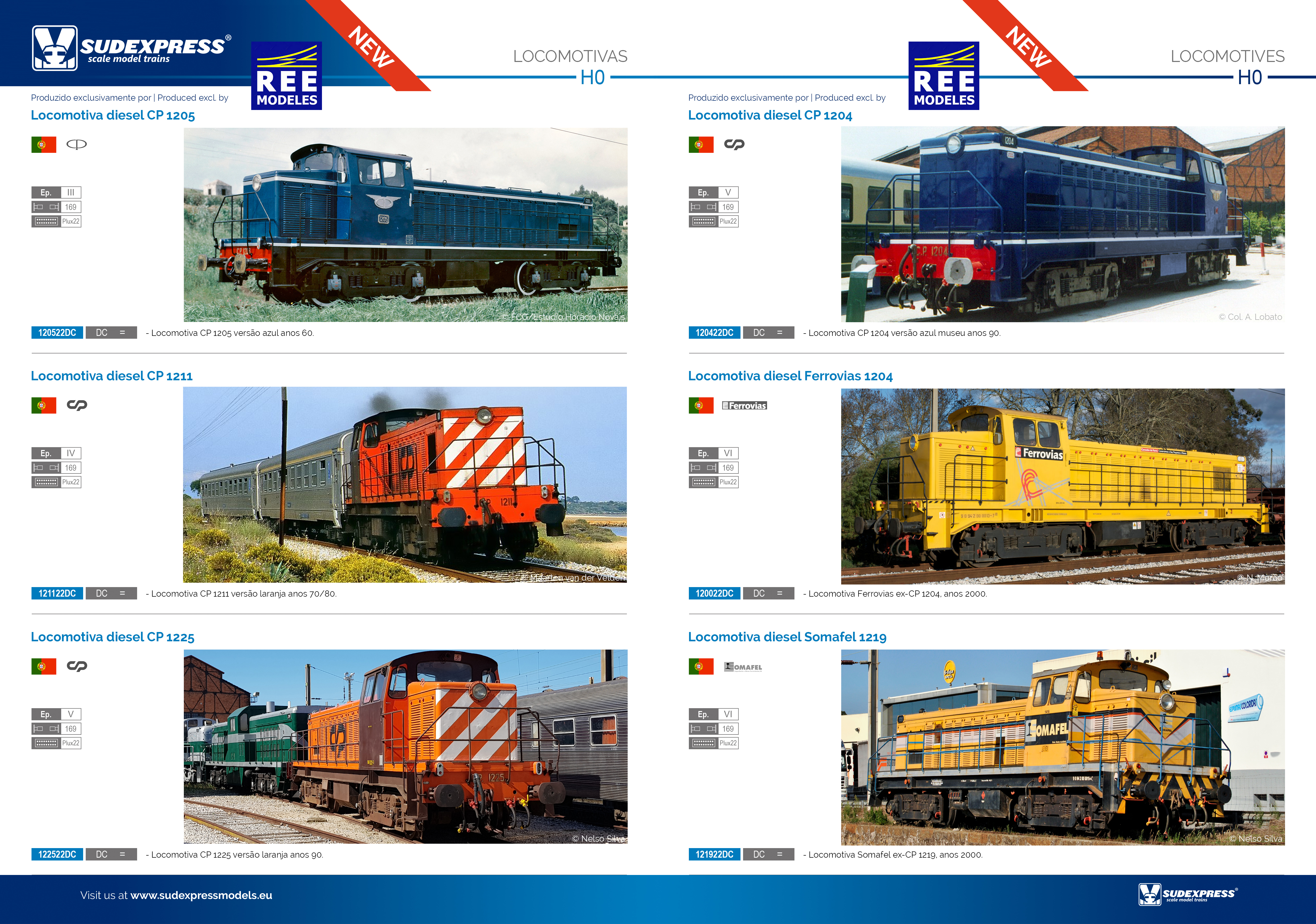 Sudexpress scale model trains, together with its French partner REE Modèles, is studying the possibility of a small production of the CP 1200 series diesel locomotives in the H0 scale.

REE Modèles has announced for 2023 the production of SNCF BB63000-BB63500 locomotives, from which our CP 1200 are strongly derived. However, there are some physical differences between the original French and Portuguese versions, which require modifications to the molds and additional parts.

In order to determine whether this project and consequent investment would be viable, we hereby probe the interest of our customers in acquiring such a model, through pre-ordering (without commitment) at the usual stores and selling points. If demand meets the minimum amount of production required, the project receives the green light and moves forward. Likewise, among the 6 versions represented above, if one or more do not show significant interest, Sudexpress reserves the right to cancel them or replace them with others.

All 6 versions are DC analog, with DCC digitization/sound capability with a compatible Plux22 decoder. Other "upgrades" will also be available such as a functional cooling fan, 0.8mm flange wheels, spring buffers, etc.
The estimated RRP will be approximately €239 per unit.

For pre-orders and more information, please do not hesitate to contact your usual/local dealer directly. 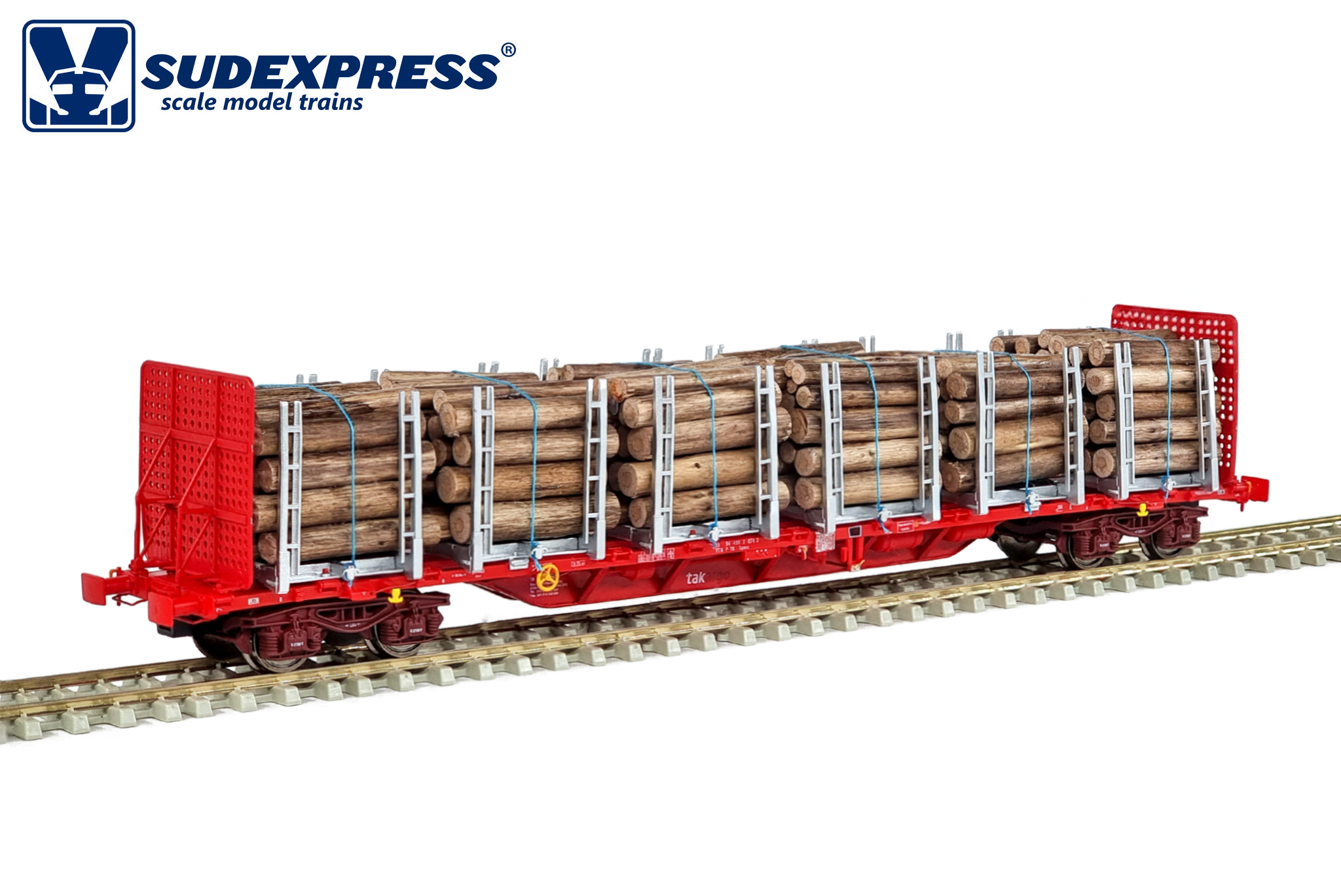 We are preparing 2 more references of Sgnss wagons with real wood load. As the loads are hand made, the available stock is very limited. You can pre order right away with the usual stores and selling points before they sell out. Delivery will take place as soon as possible and according to the order in which orders are received. 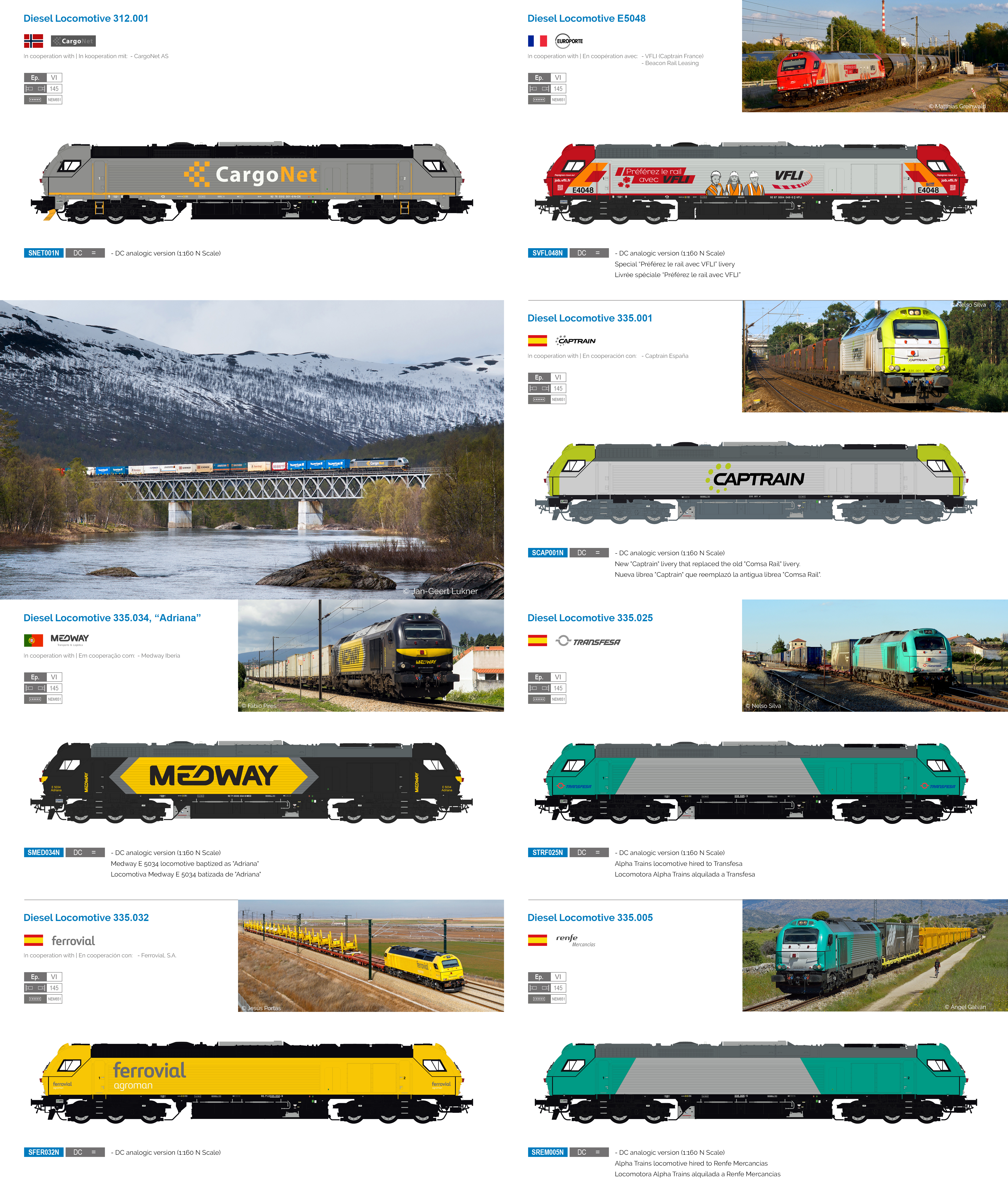 We inform that at the end of this month of August, the new production of Euro4000 locomotives in N scale (1:160) arrives, available in 5 different references.

Sincerely,
Your Sudepxress team
Read More →
Posted on 09/08/2022 by Sudexpress 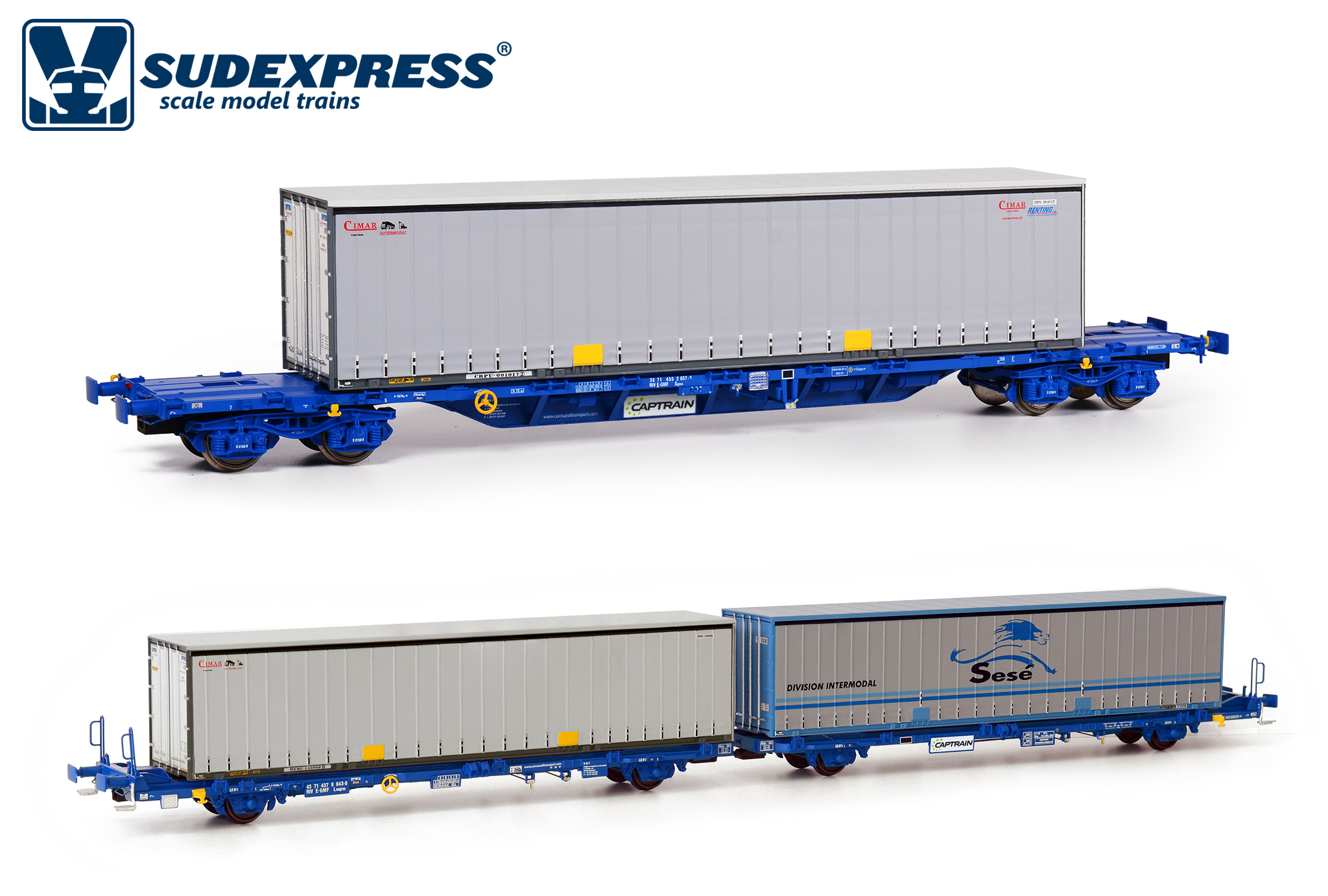 Subscribe to our newsletter to receive the latest news via e-mail!

Send us an e-mail

By using this site you are consenting to the use of cookies that improve your browsing experience. OK